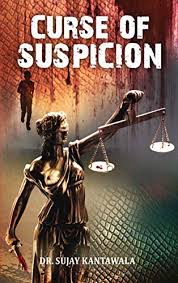 Author Bio: (from book) Dr. Sujay Kantawala is an Advocate and a proud Mumbaikar, regularly appearing in High Courts of Mumbai, Delhi, Kolkata, Ahmedabad, Bangalore, Cochin, Cuttack, Lucknow, Chennai, etc as well as the Supreme Court of India. He specializes in Constitutional and Administrative Law Litigation pertaining to Indirect Taxation, as well as Criminal Litigation, Family Court matters, and cases involving the Prevention of Money Laundering Act. He has to his credit, more than 500 reported judgments. Taxindiaonline, a widely read portal, also reports his cases regularly. He is also on the panel of Service Tax Online and regularly appears in PILs, on a wide variety of socio-legal issues. In addition to his interest in law, he is often invited by various TV news channels to participate and give his opinion on various issues of legal and public interest. Further, he has appeared and participated in over 1000 live debates. In his philanthropic quest, he regularly aids an Anganwadi primary school in close proximity to his farmhouse at Boisar, where he has also planted over 1500 trees.

Other books by the same author

Book Review: "Curse of Suspicion" by Dr. Sujay Kantawala is a crime thriller based on a realistic probability of modern-day crime. The plot deals with a murder stemming out from suspicion. What makes the story a lot more interesting is the fact that the murderer is a lawyer, the very person who fights for law, ironical isn't it? The author has crafted a well-thought-of plot that involves murder, mystery, suspense, thrill, and romance all packed up in a fast-paced adventure.

Duryodhan is an established lawyer, married to Vasudha and having a teenage son Satyajeet. The relationship between the husband and wife is not really cordial and Duryodhan suspects Vasudha of adultery. However, he dare not file for divorce since the house is registered in Vasudha's name and, therefore, any separation would lead to Duryodhan becoming homeless. The suspicion of adultery went to such grave levels that Duryodhan ultimately had his wife killed and son blamed for the murder since Jeet could communicate with snakes. Jeet lost many months in remand convicted of juvenile crime and it was ultimately Nirmala who saved him. Duryodhan meanwhile started spending more time with Kamini, his junior in law firm. Does justice get served to Jeet who has been wrongly accused of murder? What happens to all the proofs?

This story will appeal to readers who love crime thriller investigations. The author has skillfully crafted the plot so as to make it as realistic as possible. The urban setting and locational descriptions help in attaching value to the progress of characters. There are more than enough twists and turns to appease readers into believing the humdrum behind the legal scene. And all this with some divine intervention, that peculiar ghastly instinct which helps mortals in combating frustration. Life becomes our greatest teacher during adversaries!