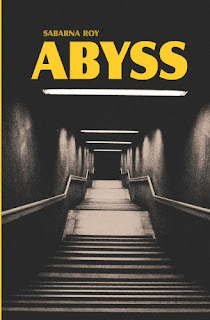 Author Bio: (from book) Sabarna Roy (44) is a qualified Civil Engineer from Jadavpur University, Kolkata. He works in a senior management position in a manufacturing and engineering construction company. An avid reader and a film buff, Roy is widely travelled in India and lives in Kolkata with his family. He started writing during his university days, mostly English and Bengali poems. He stopped writing after he left university and took up employment. After a gap of 19 years, he started writing once again mostly to reconnect with himself. In 2010 he published a book comprising a long story and four long narrative poems titled Pentacles and in 2011 a book comprising a story cycle (of 14 short stories) and a poem cycle (of 21 poems) titled Frosted Glass with Frog Books. Roy has a dedicated page on www.oxfordbookstore.com. He can be contacted at storyteller10097@gmail.com

Book Review: "Abyss" by Sabarna Roy is a psychological crime thriller play in two acts. A short drama but quite intriguing, this play will remind one of the human complexities that shroud judgment. The author has been successful in portraying the various emotions of man and how complex is the nature of love and lust, specially when greed, ambitions and wealth take over. There is a significant diversion from ethics in this book, which has brought more realistic vibes into the pages.

Debasree is a business tycoon in her mid-forties having significant sources in the political and legal framework. Having lost her husband at a young age, she has single-handedly brought up her daughter, Oindrila to secure the future of the company. But when the opportune time came, Debasree saw her daughter incapable of handling the company because she had a soul that prevented her from doing all the unfair means in business. Adding to her woes was Mriganka, the boyfriend of Oindrila with whom Debasree had a strange relation too. Oindrila's cousins, namely Lalita and Ayan, were employed under Debasree in her company but they were unsatisfied with the way Debasree treated their parents. A plot to prevent Oindrila from succeeding her mother started to take shape. But who was the mastermind? Act 1 closes with the death of Oindrila at a home-held party. Was it murder or suicide? Who committed the murder? What secrets hide beneath the faces of the suspects?

Detective Renuka in Act 2 is tasked to investigate the case and her investigation leads to some shocking truths about the nature of love, family, greed, power, and corruption which led to the ghastly crime. Who actually loved whom and that love turned to lust can actually entice beyond age and relation is evident in this play. Readers will love the ending more so because the author has successfully created a thrilling atmosphere where equal weight has been given to all characters. This book is recommended to everyone who enjoys crime thrillers and psychological detective dramas. 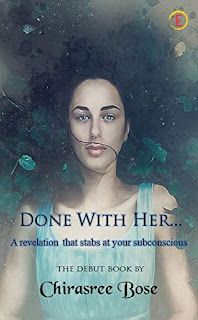 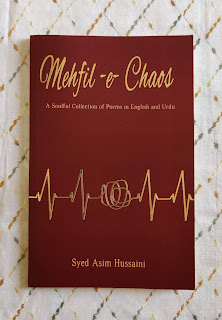 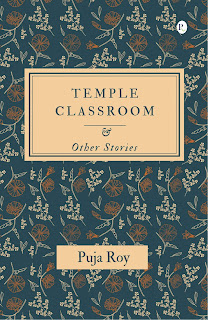